What is an Airplane Bungalow?

A bungalow is a house layout borrowed from India, with one or one-and-a-half stories. One variation of this style had a small second story popping up in the middle of the house.  At the time airplanes often had a cockpit sitting on top of the fuselage.  Since this second story resembled a cockpit they started calling these "Airplane" Bungalows.

Usually these "cockpits" were only large enough to contain one or two rooms.  Often the walls were lined with banks of windows, adding to the resemblance. 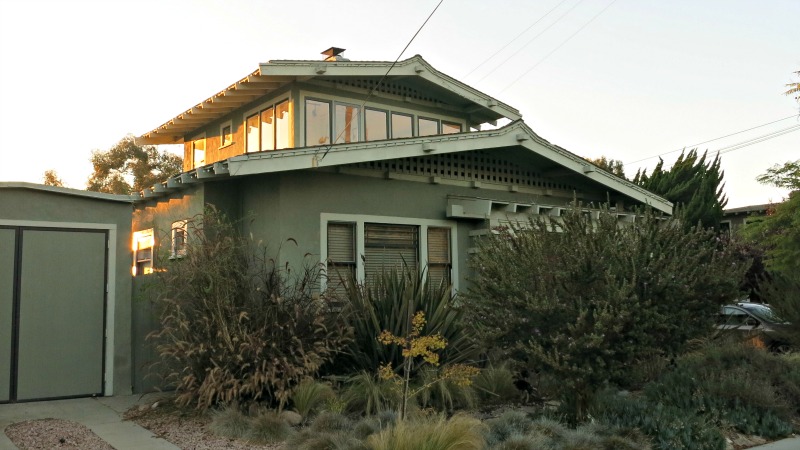 While the "Airplane" etymology makes sense, some suggest that the name and the plan predate flying. With open windows the second story would create a pleasant draft in the summer months. A plane of air would flow through the house and out the upper story windows. In this theory the name was later confused with the use of elevated cockpits on airplanes.

"Airplaned" Bungalows were popular in the 1920's, and most of them were built in the Craftsman style. Others more closely resemble the Prairie Style homes.

When I was walking through the Mission Hills neighborhood of San Diego I saw several of these bungalows. Several had japonesque curved roofs and I had a flashback to a trip to Japan. I recall seeing Japanese houses with a similar pop-up second floor.  This may have been the inspiration for the Airplane version of the bungalow, as the Craftsman style borrowed heavily from Japanese design and construction techniques.

Here are a few of the Airplane Bungalow houses I came across, plus a few I have gleaned from other sources.

Many of the houses in Mission Hills carry historical markers.  San Diego has its own registry of historic homes.  Each home with a plaque had to file an application, which included a report about the house, its history and its architecture. 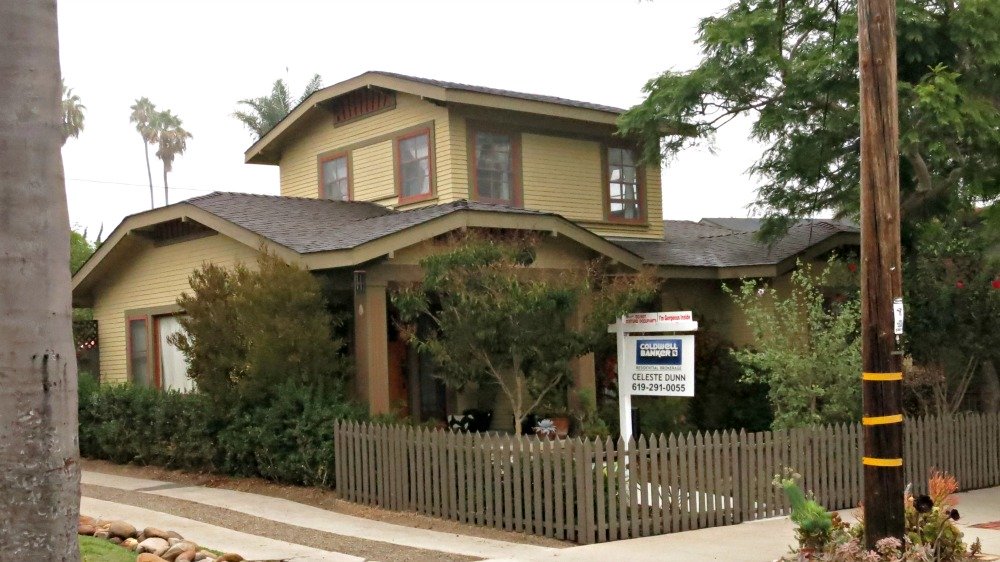 The clipped gables give this Craftsman bungalow a different look, but it is still an Airplane-styled Bungalow.  It seems a little more traditional because it lacks a bank of windows. 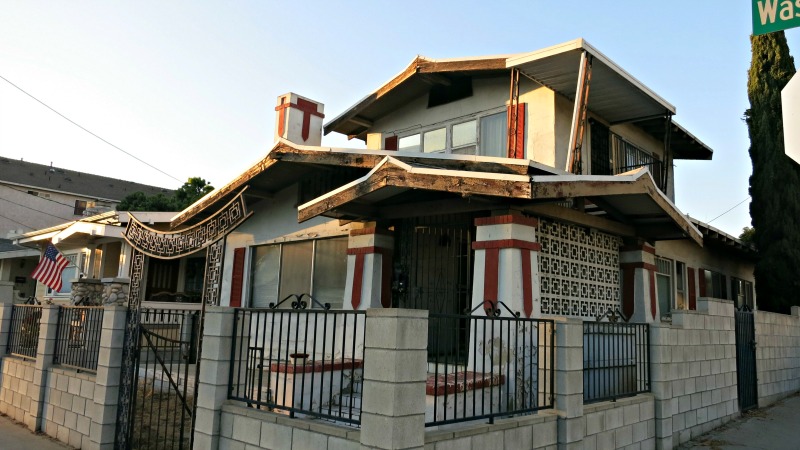 Not every house improves with age. This house has had its porch enclosed and a strange shed roof added to the cockpit area. The right owner could do wonders with this house. 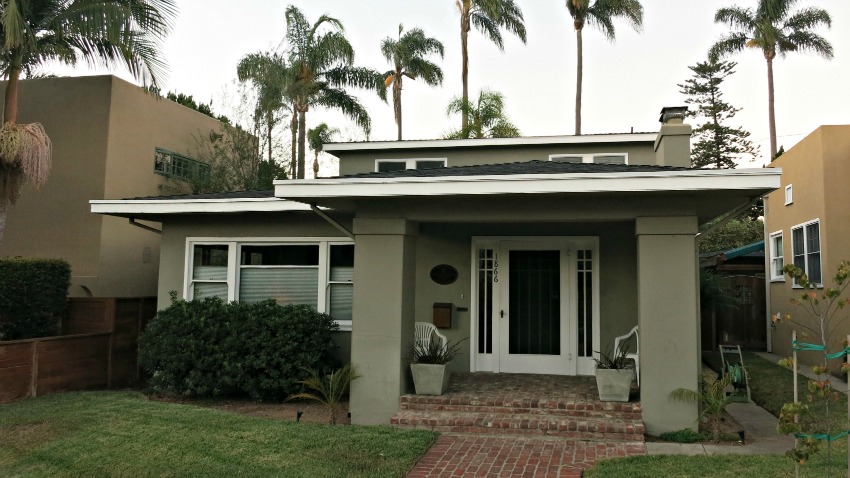 In Mission Hills there are also a lot of Mission Revival homes.  There was a lot of crossover between Craftsman and Mission Revival.  They both showed off the structure of the house, and often had exposed ceiling beams. Many Craftsman homes in the area had stucco walls, and many Mission homes had Craftsman roofs and porches.  Here I see some cross-fertilization with an Airplane Bungalow wearing Mission clothing quite comfortable. 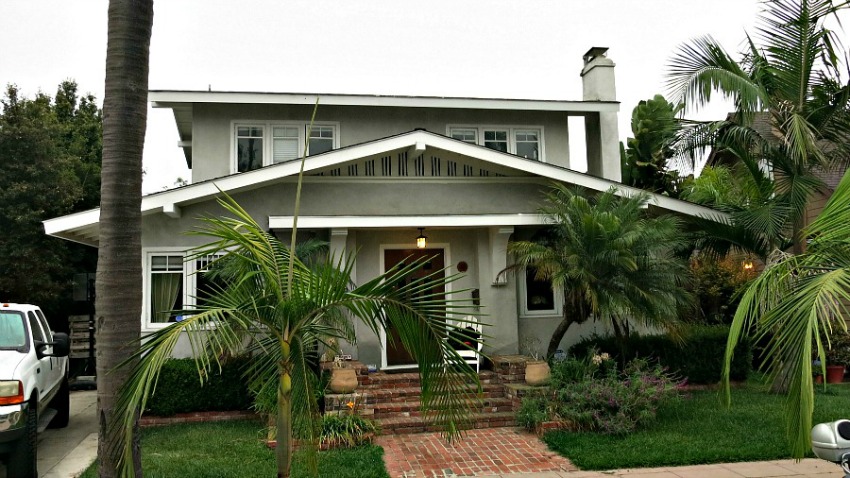 At some point the second story loses its cockpit look and the whole effect becomes rather like a traditional two story fronted by a bungalow. I would not consider this an Airplane Craftsman Bungalow, although some would debate this.

To Top of Page - Airplane Bungalow