A Gothic Revival in England Leads to Victorian Houses in England

A Gothic Revival that started in the middle of the 18th century bore its fruit in the early years of the reign of Queen Victoria. At the beginning of her reign the new homes being built by the middle class and the wealthy were of a classical inspiration.

The Adams style houses, known as the Federalist style in America, dominated the building activity. The classical style had been in the ascendant since the Sixteenth century, especially in public buildings. The exception was with churches, where Gothic was still acceptable, especially in Catholic countries. By the 19th century the skilled trades needed to make Gothic buildings were dying out.

In architecture, as in fashion, styles come in cycles. It is just that architecture styles change every few generations instead of every year. The 19th century was ripe for a reaction against classicism and that reaction found its voice in a return to the Gothic ideals. 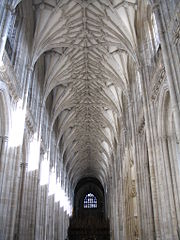 It is called the Gothic Revival because it was bringing back to life that which was dead. Gothic Architecture was a tremendous technical advance over what the Greeks and Romans had been able to build. The buildings could be taller, with less wall support required, more light allowed into the interior, and greater open areas between supports.

When you make such changes you are altering the forms of the buildings. Gothic buildings look different than buildings created with classical architecture. So why should a technically superior style die out in favor of its antecedent?

Just as Gothic architecture was reaching new heights a new generation of architects and architectural critics began exploring and using these old forms. It wasn’t just that old-style buildings were being built. The new architects added their own touches, but it definitely wasn’t a Gothic touch.

As you still see today, the architects of the new style looked down on the old ways. Gothic architecture was considered barbaric, and thus they gave it the name “Gothic” to associate it with the “Goths”, despoilers of ancient civilization.

It was ridiculous, of course. No barbarian tribe ever raised a building hundreds of feet high flooded with gleaming, colored lights, but the name stuck, antiquity returned and for a couple of hundred years pubic buildings and palaces would be built in a style that would have seemed familiar to the Caesars.

Gothic might have stayed dead, except it is hard to kill a great idea that has testaments to its enduring values lurking around every urban corner. The testaments were the great cathedrals already built. No matter how many pretty classical buildings the architects built, the common people understood that the supposedly barbarian-looking churches were impressive structures. 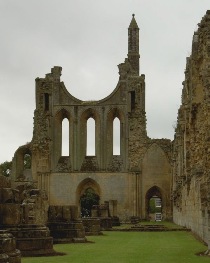 When Henry the Eighth dissolved the monasteries (1536-1541) a lot of beautiful Gothic buildings were left without support, and they eventually fell into ruin. Strangely, these ruins inspired the Gothic Revival.

Gentlemen of means whose estates lacked a naturally occurring ruin would occasionally commission one to add a picturesque quality to their classical gardens. It was an interesting irony, a classical gazebo framing the view of a (fake) gothic ruin. This was the reverse of the situation in Southern Europe for hundreds of years, where new Gothic buildings had towered over the crumbling ruins of antiquity.

These ruins were the first structures built in this revival style. This in turn led to an interest in creating new Gothic structures. This was given an added push with the publication of Ancient Architecture Restored and Improved in 1741 by Batty Langley.

The first house in England that can claim to have been built in this resurgent style was appropriately built by the writer of the first Gothic novel, Horace Walpole (1717-1797). He wanted his estate house Strawberry Hill to be like a “little Gothick castle”. It was this castle that inspired his first novel The Castle of Otranto.

This resurgence was not confined to architecture. Gothic ornamentation, whether in stone, wood or metal, inspired imitation in furniture and the arts. As we shall see, this continued into the 20th century, inspiring the Arts and Crafts movement, which in turn fed back into architecture, inspiring the Craftsman style of house.

This history continues on another page. Click on Gothic Revival Comes of Age to continue this story. 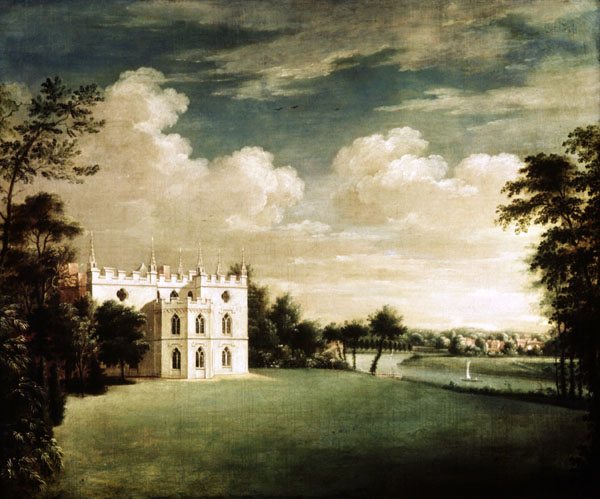 Back to Victorian House Styles

Up to House Styles

Up Up to Home