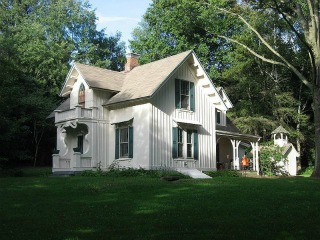 Victorian house plans ranged from the simple to the complex, from a farmer's single story cottage to a robber baron's mansion. House styles originating in the reign of Queen Victoria bear the same basic name, but there are some differences.

While Victorian houses could be built out of anything, the kind we generally see in the U.S. are wood houses, so the list below primarily focuses on wood Victorian style houses.

In general, all Victorian style houses (Carpenter Gothic, Steamboat Gothic, Stick, and Queen Anne) have this in common:

No longer were houses patterned after ancient temples. This was a major break from the past and made the Victorian house plan the modern house design of its day. 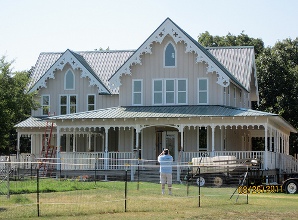 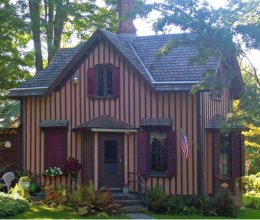 Much of what we consider Victorian originated with the Gothic Revival. This was a major movement that covered all aspects of architecture and design, not just residential housing. Applied to wood houses in America these Gothic Revival forms developed into what became known as the “Carpenter Gothic” house style. All the tracery and ornamentation that was made out of stone on a Gothic cathedral was imitated in flat scroll-cut wood. Primarily this was the addition of ornate bargeboards on the underside of projecting gables.

While the layout of some Carpenter Gothic houses still copied the classical symmetrical house, with a central hall, rooms on either side mirroring each other, Victorian house plans, in general, broke from this constraint. Now rooms were sized and placed as needed, without regard their peers on the opposite side of the house. 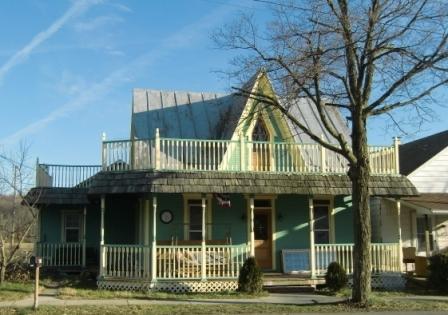 Note the unique take on the Gothic window. This was an easier window to make than the rounded, but pointed Gothic window.
These early Gothic Revival houses were quite simple when compared with what was to come. Essentially the Gothic style came to a crossroads and went four slightly different directions. The direct, straight on direction is called “Folk Gothic”. Think of Gothic Revival as starting out on high-end, upper middle class houses. Those with the money took either of the other three branches. The lower-middle class folks who copied the Carpenter Gothic on their humbler dwellings maintained the relative simplicity of the original form. These Folk Gothic dwellings were often made without the aid of an architect. The builder improvised to achieve the same effect.

The distinguishing characteristics of Carpenter Gothic and Folk Gothic as compared to the other Victorian styles were:

The next page in my Victorian house plans section deals with the evolution of simple Carpenter Gothic houses into the elaborate showpieces we often associate with Victorian home designs. 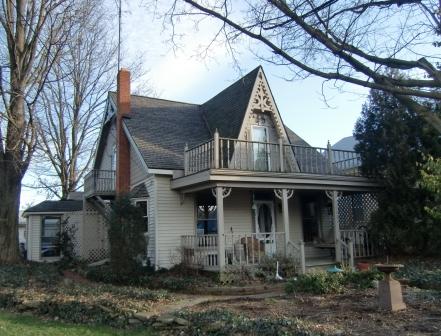 The monotone paint job hides some of the detail, but this is still an outstanding version of the Carpenter Gothic home. 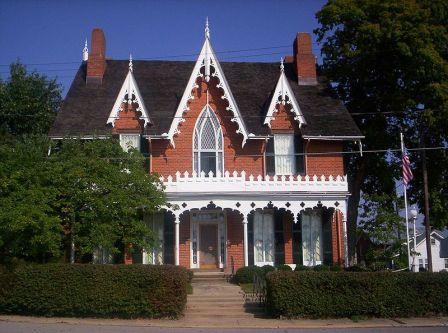 A beautiful brick Gothic with as fine a Gothic window as you will ever see.

Greg Not rated yet
I really enjoy you site. I have used your information and photos to inspire some urban house plans that we have for sale on my website. Here is one that …