Jutties are an upper story that is cantilevered over a lower story.  This can be expressed as being a jutty, but the plural form is often used when referring to this type of construction.  The alternative spelling, jetties is possibly more common, but both terms have generally been replaced with the engineering term "cantilever". 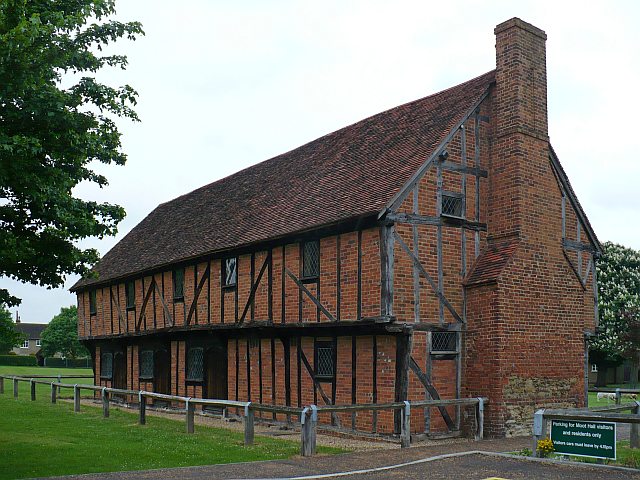 Moot Hall in England shows a typical construction of a juttied building.  Often times corbels were used to strengthen the jutty and keep the beams from sagging.

"Cantilever" just means that a beam is unsupported on one end. In the case of a medieval timber frame home the beams usually only projected out a couple of feet, but in modern construction, with steel I-beams, or reinforced concrete, it is possible to cantilever a floor tens of meters out from the supporting base.

Jutties were common in medieval buildings, but their origins go back much further.  With a jutty the joining of the upper floor to the lower floor is somewhat simplified, and the posts used on the lower floors only had to be one floor high.  In areas where tall trees were in short supply this could be a big advantage.

Within the narrow confines of a city they would allow a homeowner to project over the side walk or street and gain valuable floor space.  The cantilever also protected the walls of the lower floor from the elements.  Since much of the construction in medieval times was daub-and-wattle (clay over lathe) this would extend the time between wall repairs.

In the United States it is commonly found in Tudor houses, and in both Contemporary and Colonial Revival homes.  At various time it has been popular in tract homes, although it seems to be less popular now than in the '60's and '70's. I had a contemporary home of Swedish design that was jettied off to the one side. 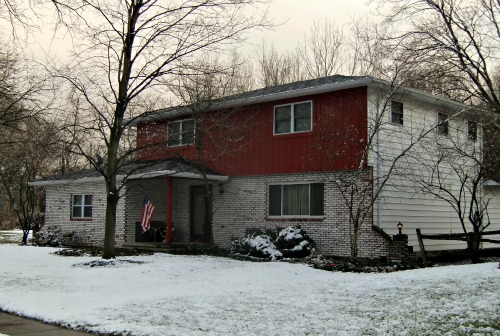 The jetty on this house is barely there.  From the side view we can clearly see that the second floor is cantilevered, but only be a few inches. It is such a minimal projection it is difficult to see that there was and value in making the effort. 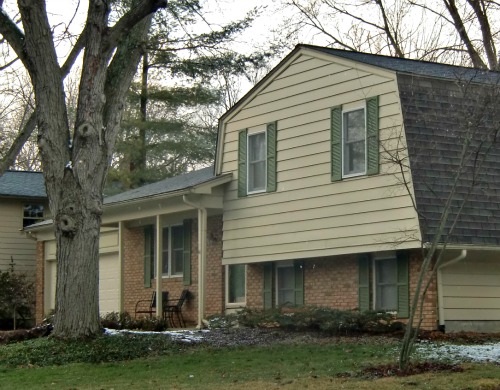 Here is a strange looking house.  Shades of Dutch Colonial as a split level.  In certain eras jetties were often used on split-level homes.

To Top of Page - Jutties