Window Replacements come in a variety of material. Companies often specialize in one type of material, so you can’t always straight information from their representatives. Here is my take on the different types of materials used in the manufacturing of windows.

The glass is always going to be glass. Plastic just does not last, as it yellows and scratches, but there are coatings that can be applied to the glass that can make a big difference. 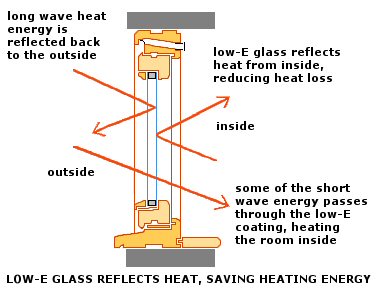 Mostly the coatings are attempting to control the amount of sunlight coming in or heat going out. This can be especially important for south-facing windows where heat gain can drive you from a room. Many coatings will provide a tint to the glass, which might create an appearance problem from the outside. If you have a traditional home you may not want reflective gold windows, so consider the color when making your choices.

Glass thickness is an area where a lot of window companies scrimp. They figure it will be years before you find out. My windows were touted as being especially tough, but as I negotiated the price down they changed the contract on me. The glass thickness was no longer specified in the contract that I signed.  I would not have found out except that I had a pane break a few months later. This was years ago, so I can’t remember the exact measurement, but it was around 1/16th of an inch. A friend who had previously sold windows told me that I should have had glass much thicker than what they provided.

That said I have not had a window break since, and it has been 14 years. However, when signing a contract for windows be sure the thickness is specified, or go with a company that has a stellar reputation for treating their customers right. Better yet, do both.

I should have known better than to let that one slip by. I spent a few months checking window installations during the reconstruction that followed the civil war in Bosnia. One of the first things I would check was the thickness of the glass. But I digress. Let us return to the subject at hand.

Window Replacements and The Wood Window

A wood window has some great advantages. The wood takes a stain. It insulates better than the other two. It is easier to fabricate so better for some types of custom windows.

The down-side is its tendency to rot or dry out if not properly cared for. Since windows are naturally exposed to the elements this is a concern. It can also swell during humid days, which might cause a sticking problem.

Window Replacements and The Aluminum Window 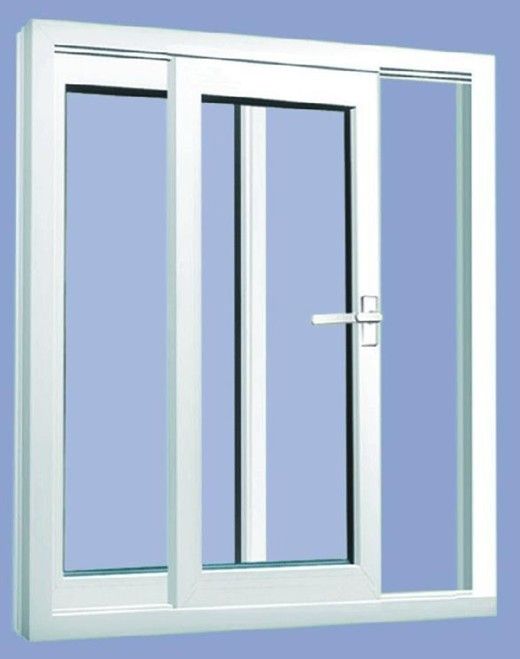 Aluminum windows are becoming increasingly rare because the aluminum sucks the heat out of your house. It is strong and will last, but if heat loss is a concern then avoid it. Any other metal window will have the same problem.

Unfortunately aluminum conducts heat easily.  The framing of an aluminum window will be a significant source of heat loss.

This weakness provided an excellent opportunity for the next breakthrough product to come along, the vinyl window.

Window Replacements and The Vinyl Window

Vinyl is a type of plastic. The framing is made out of extrusions of vinyl that have complex shapes where the shape is designed to provide stiffness and strength while limiting heat loss. Each manufacturer’s extrusion shape is different and each will claim their shape is superior. 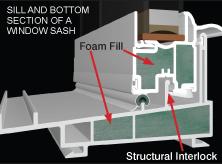 Vinyl isn’t as strong as either wood or aluminum. It will rely on support for the window frame from structure of the house. While installers can correct for irregularities with shims it is quite easy for a vinyl window to be drawn out of square, or for one or more of the sides to end up with a slight wave, rather than being straight.

It is the most common window frame material on the market, but this concern with its lack of strength has provided an opportunity for the fiberglass windows to make their mark on the housing industry.

Fiberglass windows are less common than vinyl and more expensive but also a better product. Like vinyl windows the frames transmit very little heat, but unlike vinyl the fiberglass is strong. It will retain its shape even under pressure. This means your fiberglass window is less likely to be distorted, leaving gaps that allow air to leak into the house.

They are also thermally stable. A vinyl window will get a little soft if heat is applied. At normal temperatures this isn’t a problem, but sometimes heat gets concentrated. Parts of the window that receive a lot of light might get hot enough where the plastic loses what little strength it has. This especially likely if the vinyl is a dark color, as the dark will absorb more heat.

A fiberglass window does not lose strength at high temperatures. It will not sag, and you can have it painted as dark as you like without risking failure of the window.

Window manufacturers have come up with a variety of ways to overcome some of the shortcomings of the materials that they work with. Often this involves mixing materials.

For instance vinyl windows often have extruded aluminum embodied in the window structure to add strength. The vinyl insulates around the aluminum so the heat loss is minimzed.

Aluminum-clad wood replacement windows offer the look of wood on the inside and the durability of aluminum on the outside.

Marvin offers aluminum-clad wood windows. Aluminum takes paint nicely, but it lasts a lot longer than the wood. Since the wood isn't exposed to the element its life is extended.

Wood-clad vinyl windows offers the look of wood on the inside by adding a veneer to the vinyl window. This is what I have in the story below.

To me the biggest drawback to either an aluminum window or a vinyl window is that the frames won’t look like a natural color and you are generally stuck with a choice of two colors, usually something like white or brown. Wood windows can be stained to a variety of natural colors and painted or stained to a host of not so natural colors.

There are some windows that offer a type of wood veneer over vinyl that allows the window to be stained.

My windows have wood veneer molded into the plastic. I think many of these windows stain well, but mine did not. The wood veneer had absorbed some of the plastic and would no longer absorb stain. I had to use a staining gel that essentially acts as a paint. It coats the wood rather than being absorbed. This made it a much harder task. However, I now have windows that match the framing around them.

Replacement Window Materials and the Environment

All of these different window material options have their pros and cons when it comes to the environment. I won't go into that but I will refer you to this article on the environmental concerns with different replacement window options.

To Top of Page - Window Replacements

To Types of Windows